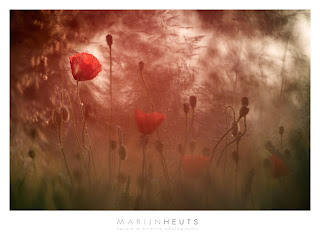 Just returned from a short but lovely and warm campingtrip with the family. The campsite was very close to the badger sett that had delivered so well last time and I looked forward to spend a few evenings at the sett and broaden my badger portfolio. But plans, ideas and intentions are no good if they do not eventually come to fruition. In short, it turned out a disaster. The badgers were there and willing to leave the sett early enough, but the wind did not want to play along. Badgers have terrible eyesight (they have become nocturnal because us humans forced them) and only mediocre hearing. But they do have a fabulous nose that picks up an enormous amount of information about the surroundings, food and safety. And that’s where things went haywire.

Upon arrival near the sett, I tested the wind direction and chose my stakeout place accordingly. Not before long, the leaves near the most used entrance/exit would rustle, and I eagerly waited for the badgers to come out in the sweetest of light. Which they did not. They only put up their noses above the ground and went down again. I tested the wind direction, only to find out it had turned the full 180 degrees, meaning my scent now blew all over the sett. I quickly changed position and waited again. Sometimes the wind changed again, making the new position as useless as the previous one. If Indians ever lived in this area, they would have called it without a doubt ‘place of variable winds’. Sometimes it did not change, but my scent lingered around at the initial stakeout place and it would freak the badgers anyway. This went on for three nights, seeing badgers coming out of one hole and diving into the next one within seconds. The fourth and final night had variable winds too, but after having changed position once, the badgers came out and I got to watch them as it should be: piecefully scratching, preening, playing and foraging. Unfortunately too late for the sweet light, but it definitely made up for the previous three nights. Stay up four nights and get lucky…

The shot above is from last week, when I visited a field that should be full of typical farmland flowers. I only found one small corner with a handful of Common Poppies (Papaver rhoeas). Not much, but enough to keep me busy for an hour or two. And the rest of the night because I had overplayed my hand in the hayfever department by laying flat on the ground in a grassy areable field.